I remember from a really young age my uncle was the life of the
party, very out going, and always seem to have his “special” cup or
a silver can in his hand. Drinking became so normalized in
Hispanic household that there is an on-going joke in their
countries that you are old enough to drink when you are tall
enough to see over the bar. I never realized that my uncle was an
alcoholic because he was so functional. When television portrays
alcoholics as these dysfunctional, comedic relief stereotypes it did
not occur to me that my uncle was one of them. He had a job and
a family, he was so reliable. Even after his first DUI. There was
always an excuse or celebration to why we should be drinking.
Getting educated was our job and it seemed that for the past 18
years her has been fluctuating between pre-contemplation and
contemplation. During our learning journey we found the six
stages of change.

Pre-contemplation
Where the person is not ready to change and will othen resist
change discussions.
Contemplation
Where the person recognized the importance of change, but still
is thinking about what they would have to give up
Preparation/Determination
The person has confirmed that the benefits outweigh the
drawbacks, but still may lack the confidence to make the change
or take small steps to make the change.
Action
The person is ready to change
Maintenance
The person maintains change na their confidence increases with
time. While using problem solving to prevent relapse.
Relapse
How do to you move forward?

Relapse was something we did not consider when helping my
uncle because it seems easy to stop because we are not dependent
on it. Even as he continues to batter with his dependence we will
continue to support until he completes the stages and regains his
confidence. Reminding him that he does not need alcohol to be
the life of the party nor would we love him less if he is still in
between the first two stages. The biggest take away from this is
to know you are not alone nor should you be doing this by
yourself. If you or a loved one is experiencing anything similar
and you would like to get treatment please get in touch with us.
We would be more than happy to discuss how we may be able to
help. 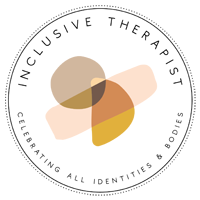